This walk linked the pretty and much visited villages of Bibury and Coln St Aldwyn.

The morning was very pleasant with a nip in the air, just right for walking.

Our walk started along the side of the river at Bibury. Ducks, ducklings and swans were swimming on the River Coln.  We passed Arlington Row which was built as a sheep house in 1380 and later converted to Weavers Cottages leading to a steep hill onto meadows.  These meadow headlands had been planted with hundreds of cowslips’ which were coming into bloom.  The terrain was undulating and the countryside had rolling hills and valleys, some which were ridge and furrow.  Woods and water meadows made up part of the walk. The countryside was so beautiful that several cameras were clicking away.  Unexpectedly we came to a wood which was a sea of blue bluebells. We had a flypast of a U2 high altitude reconnaissance aircraft.  Along the way were lots of new calves, lambs, buzzards, egret’s and owls.

Thank you to car driver.  Our next long walk is on 17th May from Chimney Meadows to the Rose Revived following the river and back again. 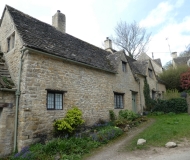 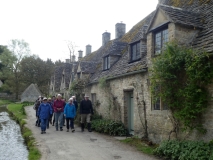 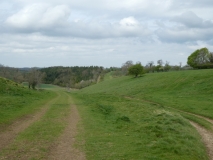 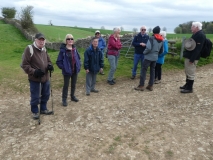 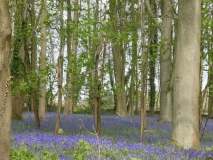 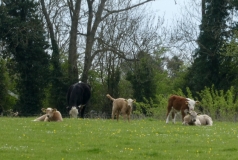 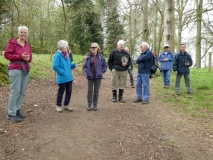 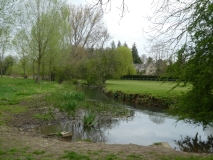 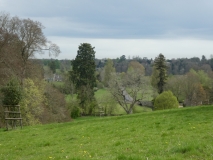 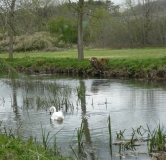 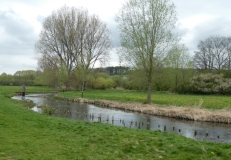 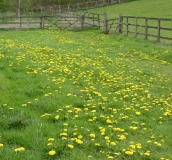 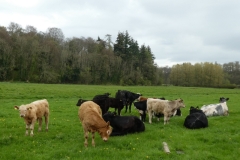 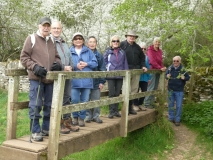 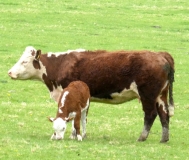